Run by Sinead Wilkinson, with the help of her husband James and their two little boys. Mekoro Labradors trains and competes labradors in field trials and working tests. From our health tested and field trial winning foundation dogs we have bred a quality, true-to-type, health tested working line, with many of our puppies living across Western Europe as well as the UK. 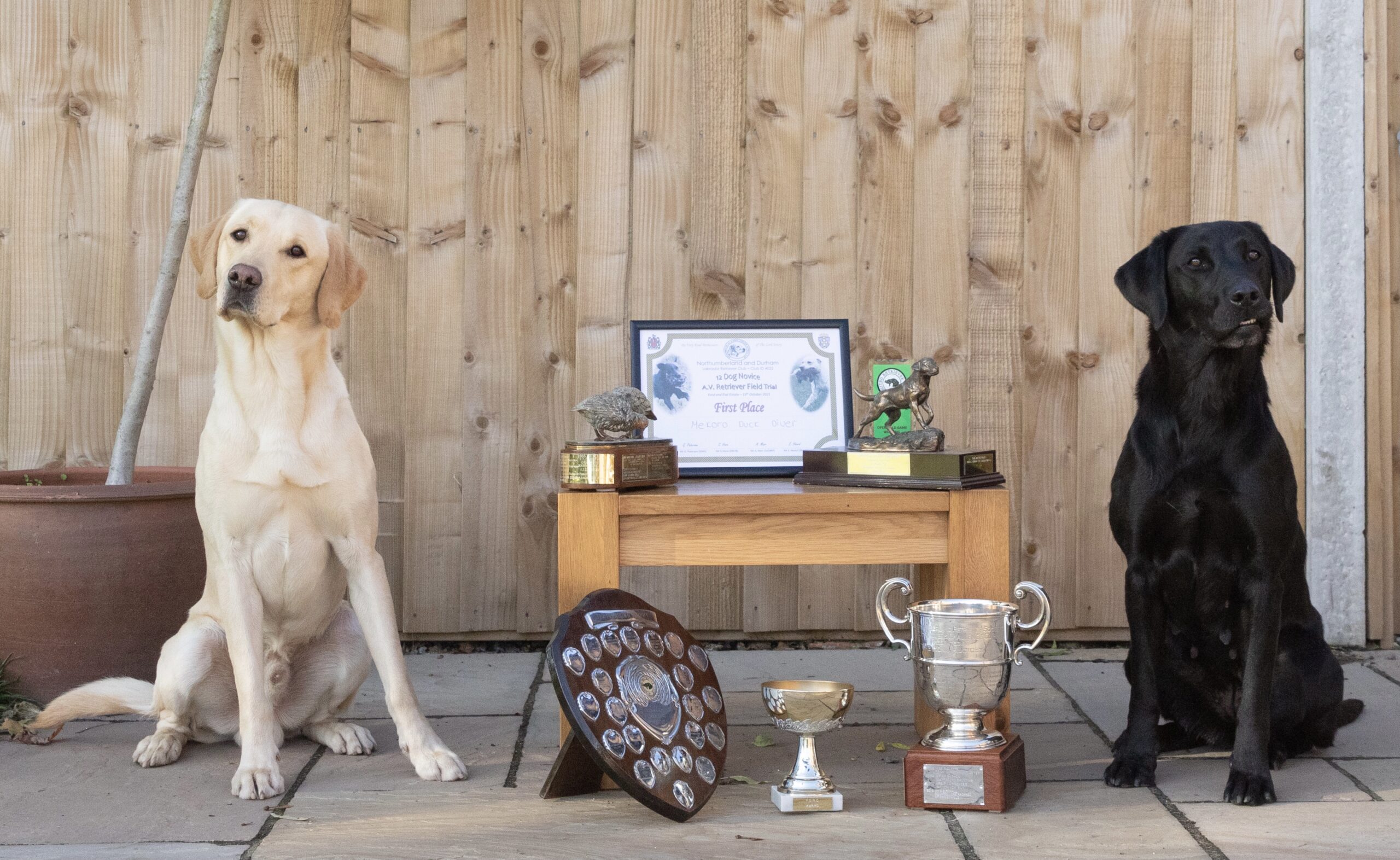 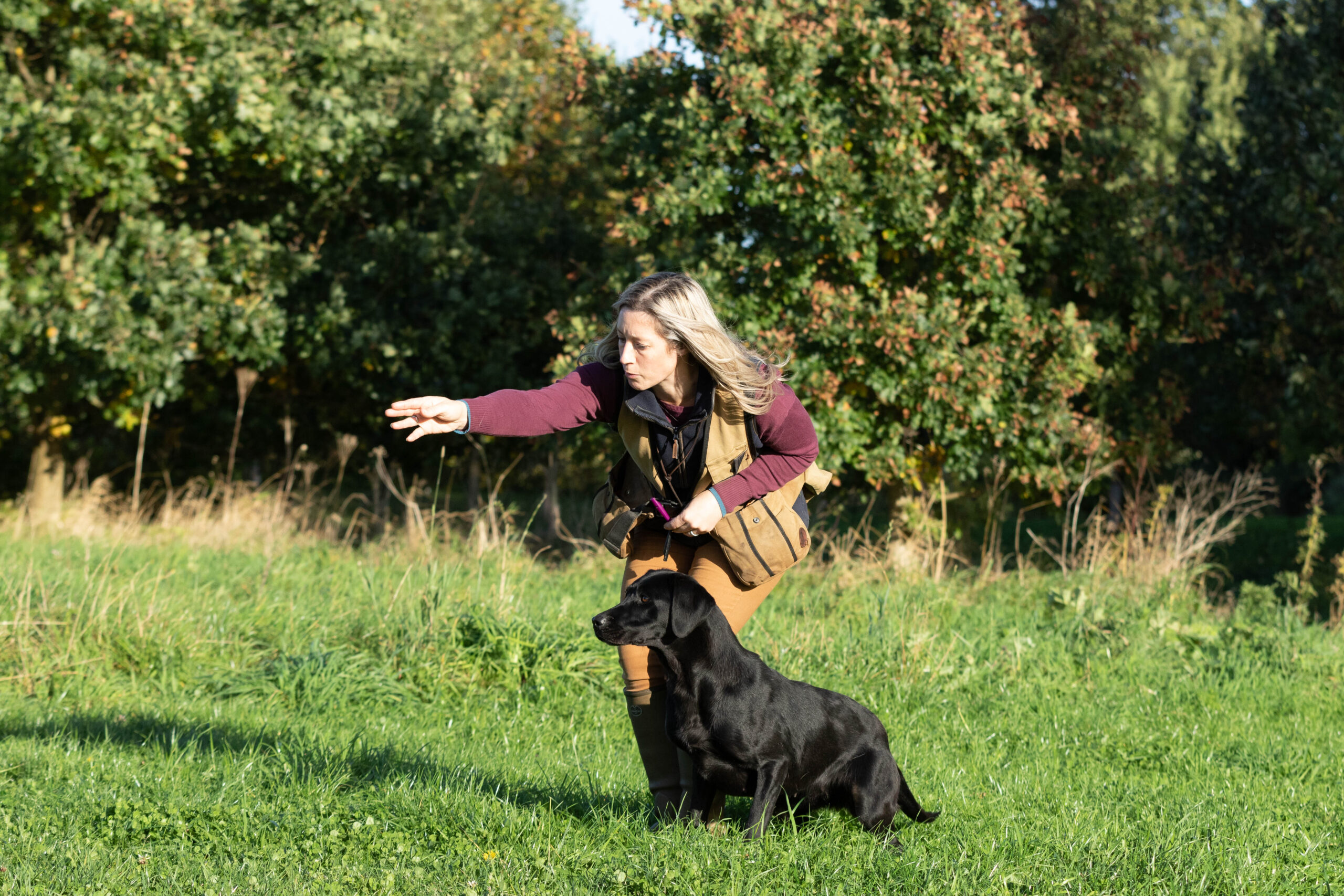 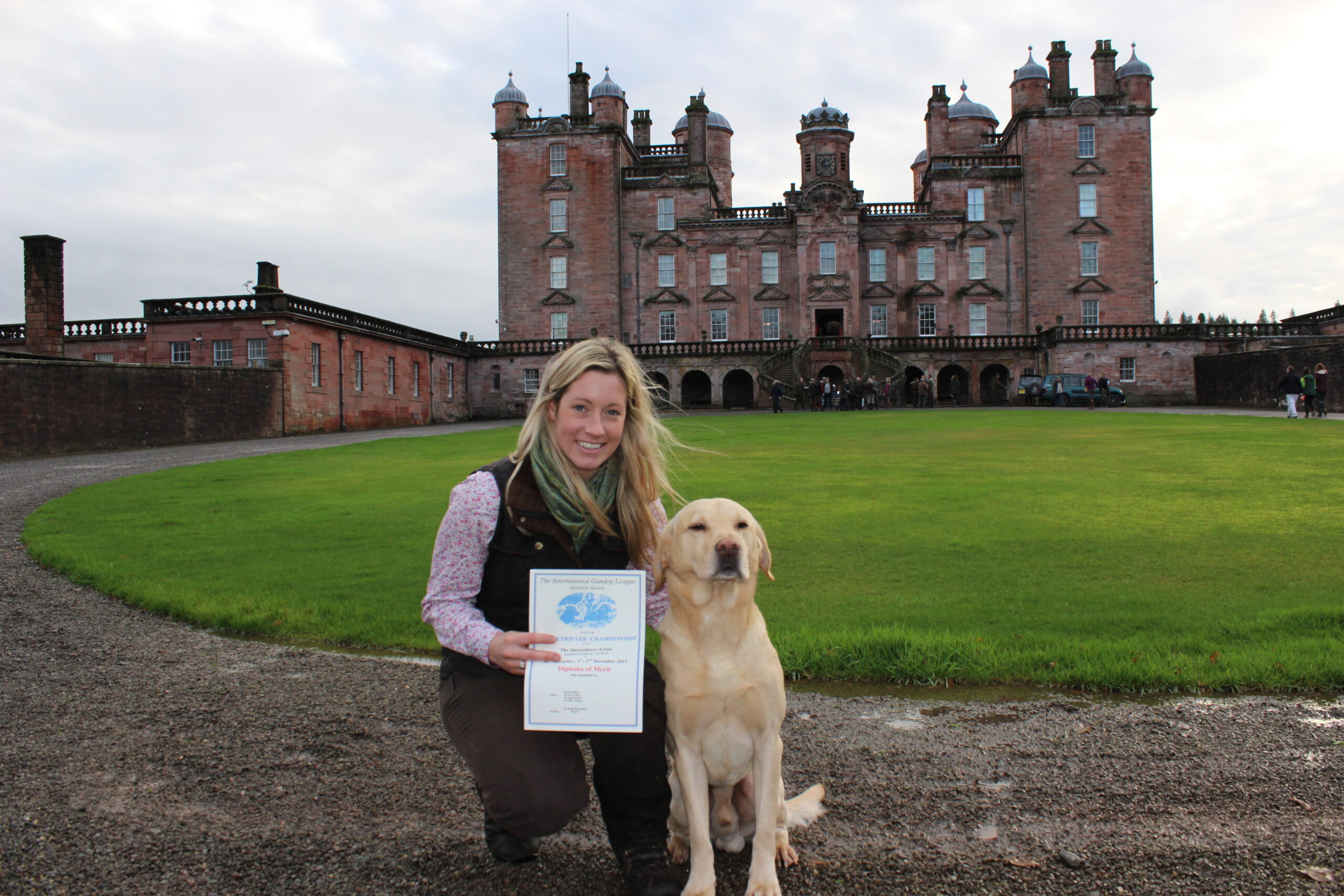 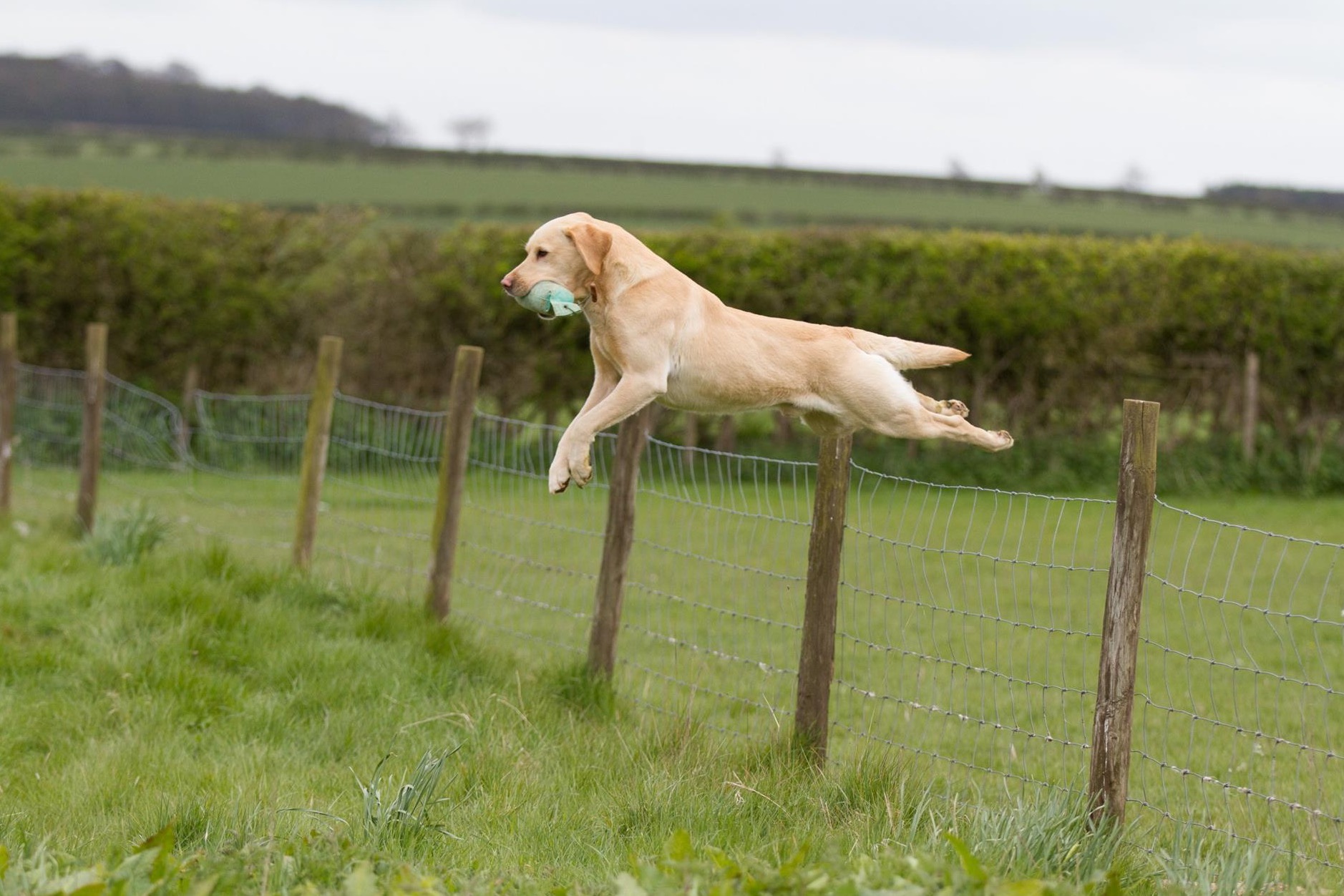 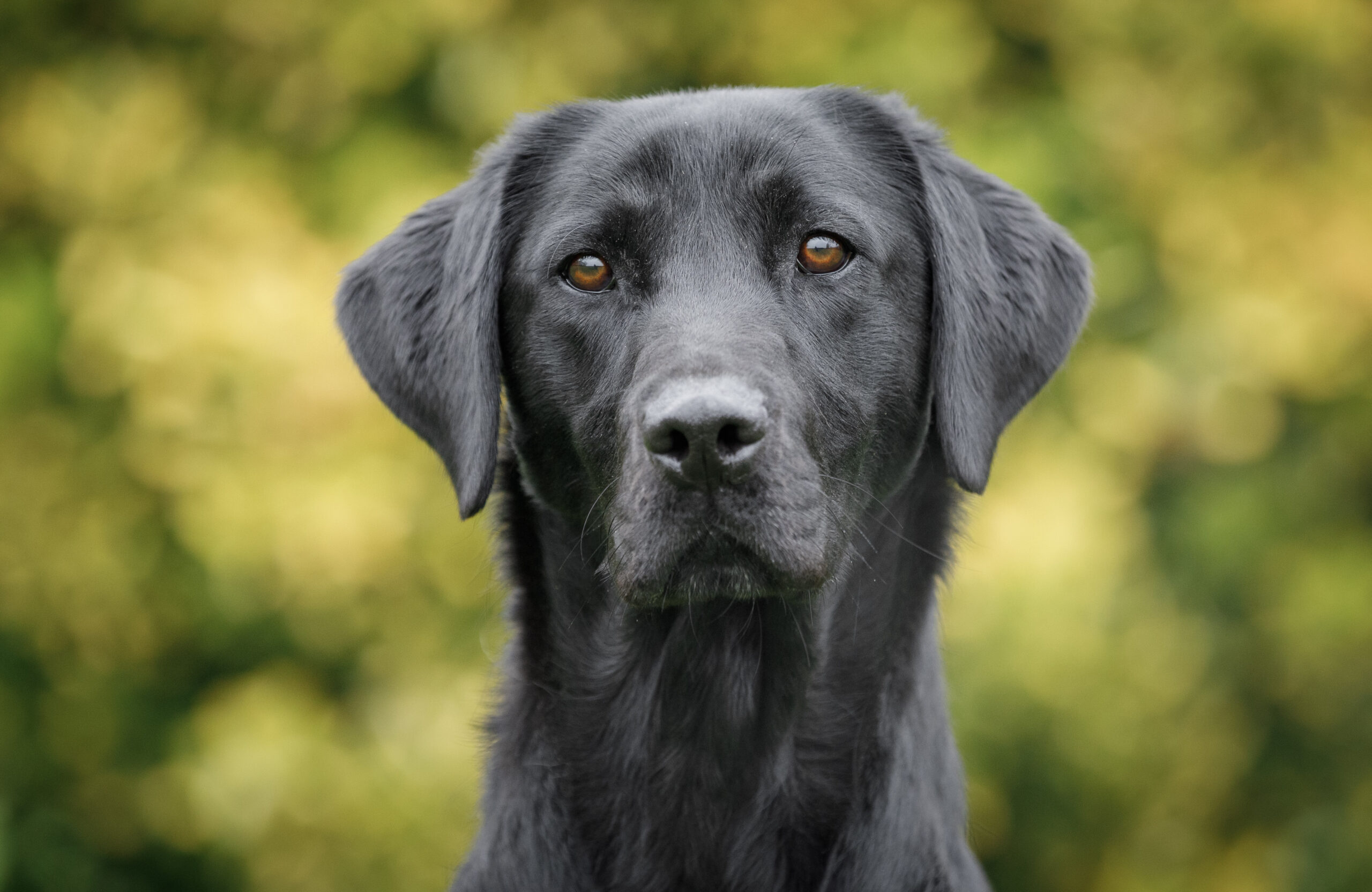 Sinead bought her first gundog (Fern- Dreamacres Wigeon Von Mekoro) in 2008 with a view to train up for the peg and to come out rough shooting. Fern was a fantastic picking up bitch, sired by Leadburn Viceroy she produced some lovely litters, in which many went to trial and win (FTW Mekoro Devil Ash). It was not known at that point how addictive and rewarding training a gundog could be.

Within a short space of time it was evident that Sinead had “caught the bug” of gundog training and with it began to compete in working tests and eventually in 2011 ran in her first Novice Trial with Amancio Falcon (Leo), who is now an Open Field Trial Winner and numerous Open Field Trial Award Winner. Only 4 years later Leo gained a Diploma of Merit at the 2015 IGL Retriever Championships after winning a 2 day open stake, he was handled by Sinead at all trials.

During the same time, Sinead was running another bitch Spinnakeu Feather of Mekoro, who became an outstanding bitch, winning a Novice Field Trial and an Open Cold Game Test, with many other FT and WT awards, she became the foundation bitch to our Mekoro breeding line.

More recently, the Mekoro Labradors team has increased, consisting now of husband James and their two little boys. Whilst still continuing to breed quality, working labradors and enjoying picking up and training, having young children means that competing has been a lesser priority. However, Sinead is excited to start competing again soon.

Training and working a gundog is extremely rewarding, and with a training programme that encourages positive attitude, focus, structure and patience the benefits seen to the dog and handler relationship is great. Whether teaching a family pet the basic manners, or a picking up dog to work with a handler or aiming to compete in field trials, guidance and instruction is offered by Sinead. 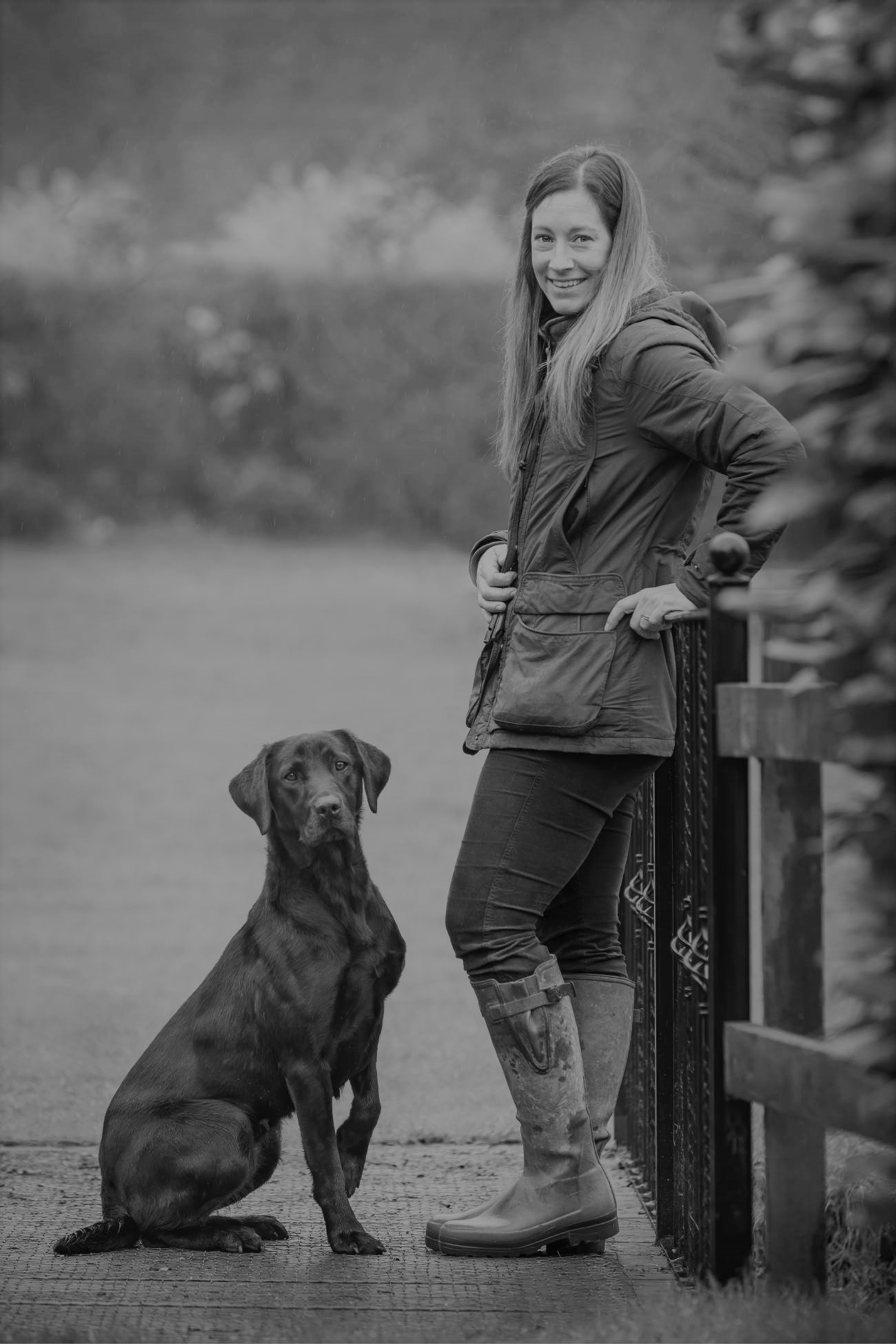 “So much hard work goes into breeding and you do a great job Sinead. I would love to have a ‘mini’ Leo one day.”

“Still feel so lucky we have one of your beautiful babies”